Violence and Threats to Emergency Workers Won’t Be Tolerated 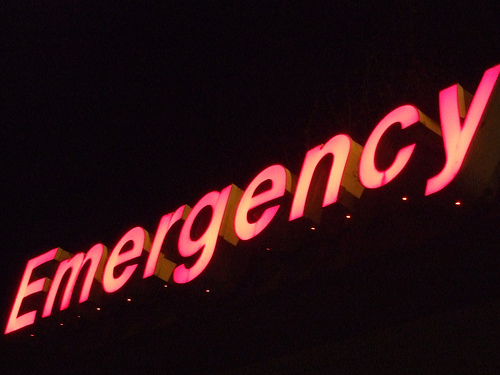 Violence has been on the rise at Mercy Hospital Lebanon’s emergency room and local officials say it’s time to put an end to it.

In fact, violent incidents doubled in December 2012 compared to the same time period a year ago. Nurses were kicked, hit in the face and spit on. One security officer suffered a bloody nose.

Because having a sick or injured loved one is a stressful situation, emergency department workers often feel that calming belligerent patients or hostile loved ones is just part of the job they’ve been trained to do. “They’d been tolerating a lot without ever calling on us for help,” explained Lebanon Police Chief Randy Halstead. “But the behaviors have gotten worse, so that has to change.”

“We don’t want to increase the burden on people and families that already have some difficult issues to deal with,” said Mercy Hospital Lebanon president Mike Gillen. “However, our first priority has to be the safety of our patients and staff.”

Emergency workers, including law enforcement, paramedics and emergency room personnel have extra protection under the law. Threatening or injuring people whose job it is to serve the community can result in felony charges, rather than a misdemeanor. Laclede County Prosecuting Attorney Jon Morris says if the evidence shows that’s what happened, he’ll file the more serious charges. “Your trip to the hospital might land you in jail if you’re going to threaten or harm these workers. Our local hospital has to be a safe place for all of us.”