Sniffle or Sneeze? No antibiotics please 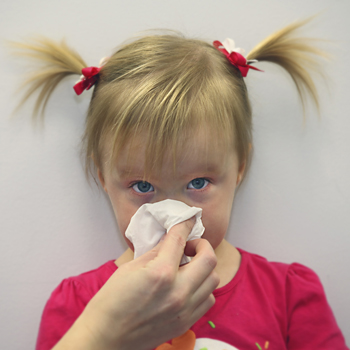 The Centers for Disease Control and Prevention (CDC) has news for patients this cold and flu season: antibiotics don’t work for a cold or the flu.

Antibiotics kill bacteria, not viruses. And colds, flu and most sore throats are caused by viruses. Antibiotics don’t touch viruses — never have, never will. And it’s not really news. It’s a long-documented medical fact.

But tell that to parents seeking relief for a child’s runny nose. Research shows that most Americans have either missed the message about appropriate antibiotic use or they simply don’t believe it. It’s a case of mistaken popular belief winning out over fact. According to public opinion research, there is a perception that “antibiotics cure everything.”

The news comes as the CDC recognizes this week as Get Smart About Antibiotics Week.

“We’re on a mission to educate about antibiotics so that they are used wisely and we can preserve their use in the future,” said Jon Humphrey, Director of Pharmacy at Mercy Hospital Hot Springs.”The research and development has dropped off on the use of antibiotics. There are certain bacteria out there that are untreatable and it’s due to the overuse of antibiotics

Americans believe in the power of antibiotics so much that many patients go to the doctor expecting to get a prescription. And they do. Why? Physicians often are too pressured for time to engage in lengthy explanations of why antibiotics won’t work. And, when the diagnosis is uncertain — as many symptoms for viral and bacterial infections are similar — doctors are more likely to yield to patient demands for antibiotics.

The problem is taking antibiotics when they are not needed can do more harm than good. Widespread inappropriate use of antibiotics is fueling an increase in drug-resistant bacteria. And sick individuals aren’t the only people who can suffer the consequences. Families and entire communities feel the impact when disease-causing germs become resistant to antibiotics.

The most obvious consequence of inappropriate antibiotic use is its effect on the sick patient. When antibiotics are incorrectly used to treat children or adults with viral infections, such as colds and flu, they aren’t getting the best care for their condition. A course of antibiotics won’t fight the virus, make the patient feel better, yield a quicker recovery or keep others from getting sick.

A less obvious consequence of antibiotic overuse is the boost it gives to drug-resistant disease-causing bacteria. Almost every type of bacteria has become stronger and less responsive to antibiotic treatment when it really is needed. These antibiotic-resistant bacteria can quickly spread to family members, school mates and co-workers — threatening the community with a new strain of infectious disease that is more difficult to cure and more expensive to treat.

According to the CDC, antibiotic resistance is one of the world’s most pressing public health problems. Americans of all ages can lower this risk by talking to their doctors and using antibiotics appropriately during this cold and flu season.

“When you take antibiotics it puts you at a higher risk for an infection called C. Diff, which can cause diarrhea. In the past decade, C. Diff infections have tripled,” said Trish Gould, RN, Mercy Hospital Hot Springs Supervisor for Infection Control. “Don’t just ask a physician to prescribe an antibiotic because you may not need that antibiotic.”

What to do for colds and flu

·         Children and adults with viral infections recover when the illness has run its course. Colds caused by viruses may last for two weeks or longer.

·         Viral infections may sometimes lead to bacterial infections. Patients should keep their doctor informed if their illness gets worse or lasts a long time.