Forty years isn’t a long time when you’re doing something you love.

“I know it’s unusual for anybody to be in one place for 40 years,” Lightfoot said. “I’ll tell you this much – it passed in the blink of an eye. They say, ‘If you love what you do, then you never work a day in your life.’ And I do.”

For Lightfoot, it’s the love and care she sees in the NICU every day that sets Mercy apart. She has worked exclusively at Mercy Fort Smith’s NICU, coming on board after her two daughters, Shannon and Autumn, were born prematurely at Mercy Fort Smith, then known as St. Edward Mercy Medical Center. The experience made Lightfoot realize that helping families with their new babies was her career goal.

“It was really the nurses, the overall care that they received here, that was just so special,” she said. “I’d been somewhere else and saw that the care was different. It was more than just spiritual – I don’t know how to explain it – but there was a difference. So, I wanted to be a part of making sure that there were people who carried on that care.”

Lightfoot graduated from nursing school at Arkansas Tech University before joining Mercy in 1980. The current hospital building was still new at the time and did not have a neonatologist on staff. Since then, the department has developed into a Level III neonatal unit with a full staff of neonatologists and nurse practitioners.

“I have seen such huge advancements in neonatal technology over the last 40 years and cannot imagine what the next 40 years will bring,” Lightfoot said. “It’s just amazing to see what we can do now.”

Lightfoot credits her colleagues in Mercy Fort Smith’s NICU for the work they do every day to give exceptional care. Several NICU co-workers have been with Mercy for more than 20 years. Part of a NICU nurse’s daily routine involves being updated on each patient’s condition, which includes learning about a baby’s family situation.

“We don’t just treat the baby, we treat the whole family,” she said.

But what has kept Lightfoot at Mercy all these years?

“I never thought about going anywhere else,” she said. “Mercy is the reason why I went into nursing, because of the kind of care that we give at Mercy. I’d had experiences in other places with family, and there was a great difference. The atmosphere at Mercy was greatly different."

Terri Hocott, clinical nurse manager of Mercy Fort Smith’s NICU, said Lightfoot is a huge asset to the unit. “We all rely on her knowledge and skills on a daily basis. Sherry embodies the Mercy values and charism and is a shining example for new co-workers,” she said.

For any nurse coming on board in the NICU, there will be good days and bad days, Lightfoot explained.

Any nursing position can be stressful and demanding, but the NICU brings many benefits. “We get to see babies more on a long term basis, and so we get very involved with the family. They become part of our family and vice versa,” she said.

One of the biggest rewards is when parents take their babies home from the NICU.

“For all of us, it comes with mixed emotions,” she said. “You’re very happy for them. They’ve become part of our daily exchange for several months. When they leave, it’s bittersweet. You’re going to miss them, but it’s so gratifying to see them leave.”

Nobody goes into childbirth expecting for their baby to be treated in the NICU, Lightfoot continued.

“Everybody has this vision of having their baby and immediately going home and putting them in their crib. When they come through the NICU, it’s a whole new world,” she said. “They’re overwhelmed, 100 percent, and very emotional. So it’s a hard road for them, and we’re a part of that the whole way. Every day that you come to work, you hope that you portray something to them that’s going to help them get through the situation that they’re in.”

Lightfoot is originally from California but said her family “one by one” migrated to Arkansas. She’s been here since 1973. Sherry’s family includes her husband of 35 years, Buddy, as well as her two daughters, five grandchildren and two great-grandchildren.

After 40 years in the same location, Lightfoot is now seeing new generations of children born to parents she helped treat in the NICU when they were born years earlier.

“I remember the first one whose grandmother said, ‘You’re in Mama’s baby book!’” she said with a laugh. “It’s come full circle. I’ve met some really great people. It just always gives you hope for our future that we’ve got some really good people raising good children out there in the world.”

“I can tell you that everybody is memorable,” she continued.

Lightfoot doesn’t have definite plans for retirement yet. She noted that when her grandchild passes Mercy Fort Smith, he points and says, “Ya Ya,” his name for her.

“That’s how much they’ve all grown up with Mercy,” she said. “This is as much home as my home.” 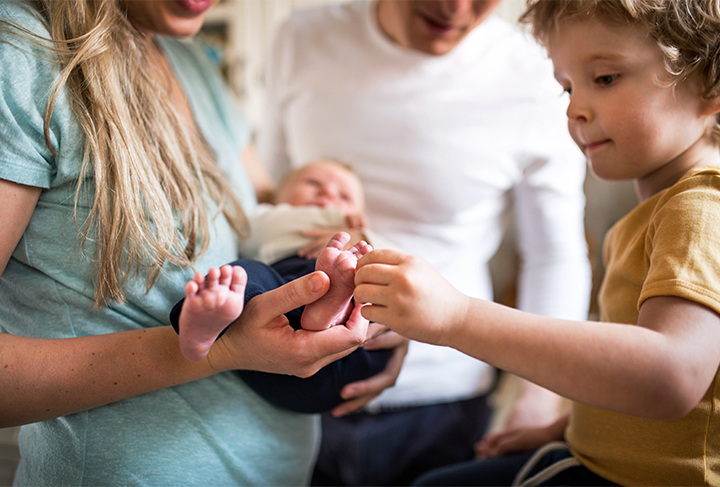 Be a Pro at Parenting

Get advice on caring for kids of all ages, from newborns to toddlers and tweens. Download Mercy's free parenting guides.