By 10 months of age, most typically developing babies already recognize a few simple words, like “Mama” or “Dada” (and maybe even “No”), but actual speech is still a little way away.

When Do Babies Say Their First Word?

Most babies will say their first word around the time of their first birthdays. 12 months is the average age, although “normal” speech development for babies can vary from 11 - 14 months.

A real word is different from babbling. When babbling, babies are experimenting with vocal play. However, when using a true word, there will be meaning and intention behind the word, and they will use the word on more than just one occasion.

Some red flags indicating delayed speech and language development in babies may include:

If parents notice any of these red flags from their baby, they should promptly address these concerns with their pediatrician, in addition to consulting with a speech-language pathologist.

How to Encourage Speech Development in Babies

Typically-developing children in healthy language environments will learn to talk and reach milestones at their own pace. Parents can encourage language development, but ultimately there is no way to make a child talk before he or she is ready. Unless a child is greatly lagging behind, there’s no need for parents to be overly concerned about exactly when a child says his or her first word (as long as within the range of normal). Saying his or her first word a month or two earlier isn’t going to have an impact on the rest of a child’s life or make him or her any smarter. However, talking earlier might benefit parent and child in the short term by alleviating frustrations and possibly cutting down on some tantrums.

Parents can be an invaluable resource in contributing to their baby’s speech and language development, including talking to their child frequently, being responsive to their baby’s attempts to communicate, playback and fourth games, as well as singing and reading to their baby daily. Parents should try to make every effort to encourage their child’s language skills. Children who are not surrounded by language-rich stimulation can suffer. Additionally, children who are not spoken to and read to on a regular basis have smaller vocabularies and are often unprepared for school in the early years, which can have long-term effects.

Can Children Learn Two Languages at Once? 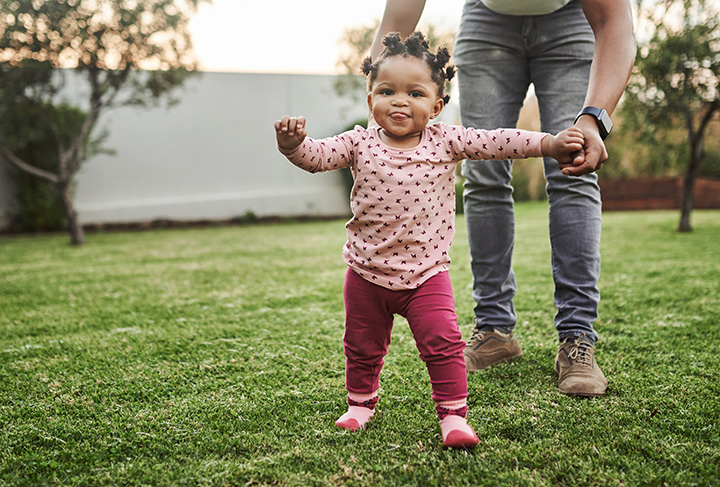