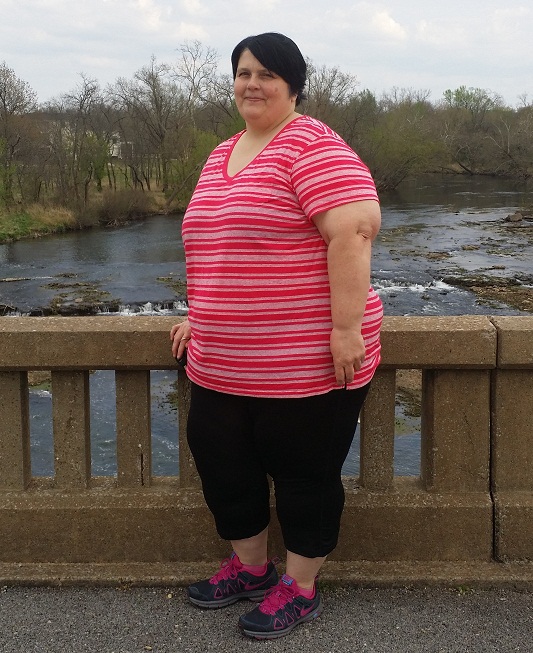 “Smoking can kill you.” Those four simple, yet powerful, words still aren’t enough to keep 42 million Americans from lighting up each year. That’s why Mercy’s wellness coaches are taking a different approach – one person at a time.

“This time last year, I was smoking just to smoke,” said Mercy co-worker Lynnetta Bowman, 50. “Cigarettes were sitting there and I thought, ‘If I pick one up, I’ll feel better.’ ” But the stress relief from her $1,700-a-year habit was only temporary. “I decided I needed to do something, so I called Gale.”

Nurse specialist Gale Ayers, a smoking cessation coach at Mercy Hospital Springfield, remembers the first phone call. “Lynnetta was willing to try some things that were new to her,” said Ayers, who started with an overall assessment. “We talked through her situation and identified some of her character strengths that could help her overcome her habits. She was in the driver’s seat and empowered herself to work on what she wanted.”

“We talked about how it was just a habit and that in order to get over that habit, I needed to change my thinking,” said Bowman. “I needed to not only do that, but substitute things. For example, normally I’d smoke around 10 o’clock, during a break; but instead, I’d play a game on my tablet. That’s what Gale suggested, and it worked.”

Through weekly, one-on-one cessation phone sessions, Lynnetta gained perspective on her addictions. “Sometimes you take away a tobacco addiction and all of a sudden you’ve got a raging sugar addiction,” explained Ayers. “It’ll change forms, because of the brain chemistry. Tobacco addiction is a complicated neurobiochemical issue, so we not only address nicotine withdrawal, but we deconstruct old habits and reconstruct something new in their place, building new neuropatterns in the brain. We looked at those happy moments she experienced that didn’t involve smoking; the key was to replicate more of those good days.”

After only a handful of sessions, Lynnetta bought her final pack of cigarettes. “I wanted to smoke my last cigarette on New Year’s Eve last year, but I ened up quitting a week sooner,” recalled Bowman, who finds herself walking nature trails without coughing. “And when I get stressed, I chew gum. Gale taught me that if I have a craving, to redirect my thoughts for at least five minutes and it’ll go away. It actually does.”

“We’re there to reinforce that,” said Ayers. “It does take several attempts sometimes, but most people end up saying, ‘Wow, this was way different than what I expected!’ It’s not unusual for someone to be afraid of coaching, but it pays off.” The number of sessions, all conveniently done over the phone, depends on patient needs.

Mercy Corporate Health and Wellness’ Road to Freedom Tobacco Cessation Program, free to co-workers, focuses upon both the physical and emotional needs of the client. Working in conjunction with the client's physician, a personalized treatment plan is developed that may or may not include tobacco treatment medications. To set up an appointment, call 1-888-242-6538.

“Nearly 89 percent of those who complete our program are tobacco-free at six months,” added Ayers. “Studies show that only 4 to 7 percent of people are able to quit cold turkey, and 25 percent of those getting help with medicines can stay smoke-free.”

And what better time than this week to kick the habit? The American Cancer Society’s Great American Smokeout is Nov. 20. It’s held on the third Thursday of November each year, and encourages smokers to make a plan to quit or plan in advance to quit smoking that day.

According to the American Cancer Society (ACS), health benefits begin the moment you put down the cigarette. The ACS says within 20 minutes, your heart rate and blood pressure will drop. Within 12 hours, the carbon monoxide level in your blood drops to normal, and from two weeks to three months, circulation improves and lung function increases.

Have questions for Gale Ayers? Join her for a live chat on Mercy’s Facebook page on Thursday, Nov. 20, from noon to 1 p.m. You can submit your questions ahead of time. Look for the Great American Smokeout post at the top of the page.