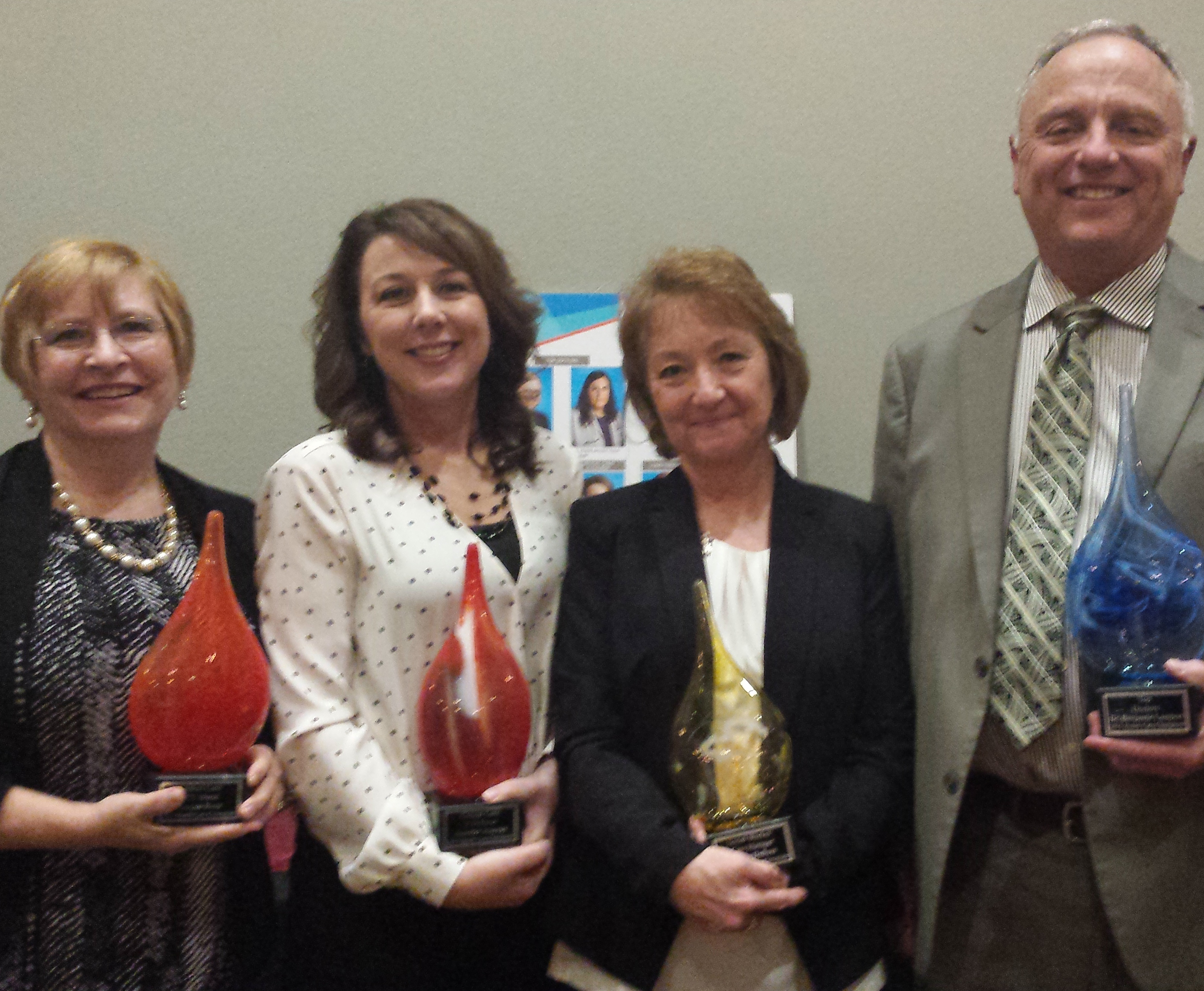 Among Dr. Lampert’s achievements, the Business Journal sited his leadership as a section chair for Mercy's Center for Pain Management and continued role throughout his 30-year career in helping advance technology and the future of medicine through improving procedures, efficiency and implementing change. He has also served as a principal investigator for clinical research projects, including an implantable stimulator for migraines and high-frequency spinal chord stimulations for back pain.

As for LeeAnn, Jennifer and Sheila, each one has played key roles in Mercy’s expert care of its youngest patients. LeeAnn joined Mercy's neonatal intensive care unit in 1993 and has since served as a transport nurse, charge nurse, assistant nursing director, and from 1999 to 2012, the NICU's nursing director. During this critical time in our NICU’s redesign and initial construction, she provided valuable research and clinical oversight. With the completion of Phase I in December 2012, LeeAnn chose to return to bedside care for more hands-on experience.

Like LeeAnn, Jennifer has overseen Mercy Hospital Springfield's NICU expansion. She joined the NICU staff in 1996, was promoted to assistant manager in 2008 and since 2012 has been director of the unit, which completed Phase II in December 2014. She is also interim manager of the pediatric ICU and pediatric out-patient services. Away from work, she advocates for children at the state and national level, lobbying the Missouri legislature and actively serving on the National Association of Neonatal Nurses.

As a member of Mercy Care Management, Sheila provides guidance to obtain a safe home environment in the acute care setting and helps outpatients navigate the medical care system.

In 1998, the state of Missouri named Sheila the Outstanding Social Worker of the Year in the private sector. She also previously served on the regional board of the First Steps program and the Partners for a Better Tomorrow Inter-agency Coalition providing services for at-risk families in order to prevent child abuse and neglect.