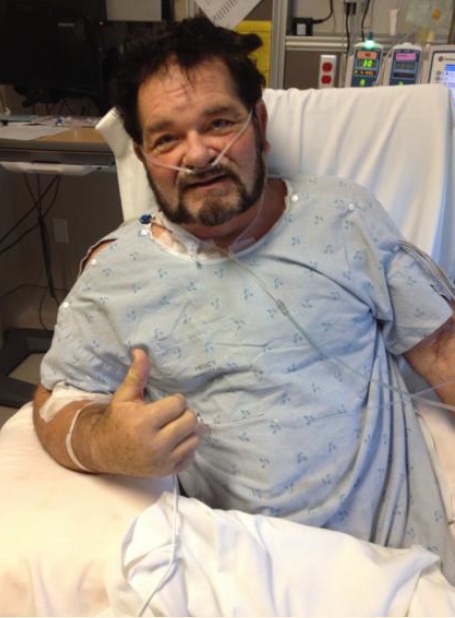 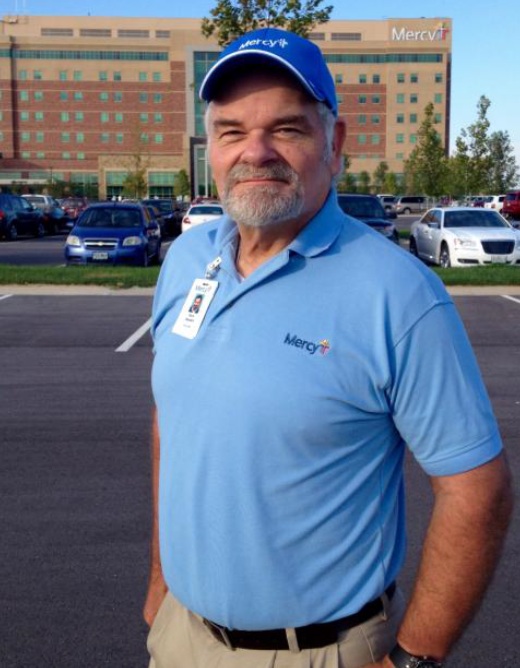 Last Christmas, Rick Stewart had no idea he was about to endure a battle to save his life. The Mercy greeter is usually the first face you see when you walk into Mercy Hospital Joplin; now, if you get a chance to talk to him, he’ll leave a lasting impression.

Stewart’s incredible story starts last January. He was doing some post-holiday chores when he felt something strange in his chest. By the end of the weekend, Rick was in the intensive care unit (ICU) for what seemed to be a mile-long list of problems.

Stewart's Mercy cardiologist ordered some tests to try to further detect what was really happening. That’s when the world as he knew it stopped – and he was rushed into emergency surgery.

Going in, Stewart’s family was prepped with the near certainty that he wouldn’t come out alive. Steady yet, his faith was closely paired with the gifted hands of cardiovascular surgeon Dr. Stephen Meyer. Fear of the unknown was lifted as he made it out alive, but had a long path ahead of him.

Now, nearly one year has passed. Two major heart surgeries and one brain surgery later, Stewart’s remarkable recovery is now inspiring others at Mercy. As a hands-on volunteer, he shares a new bond with patients who may be struggling to walk alone.

Click here to read his personal journal, which he offers to others who may need an extra boost to their faith for the journey.