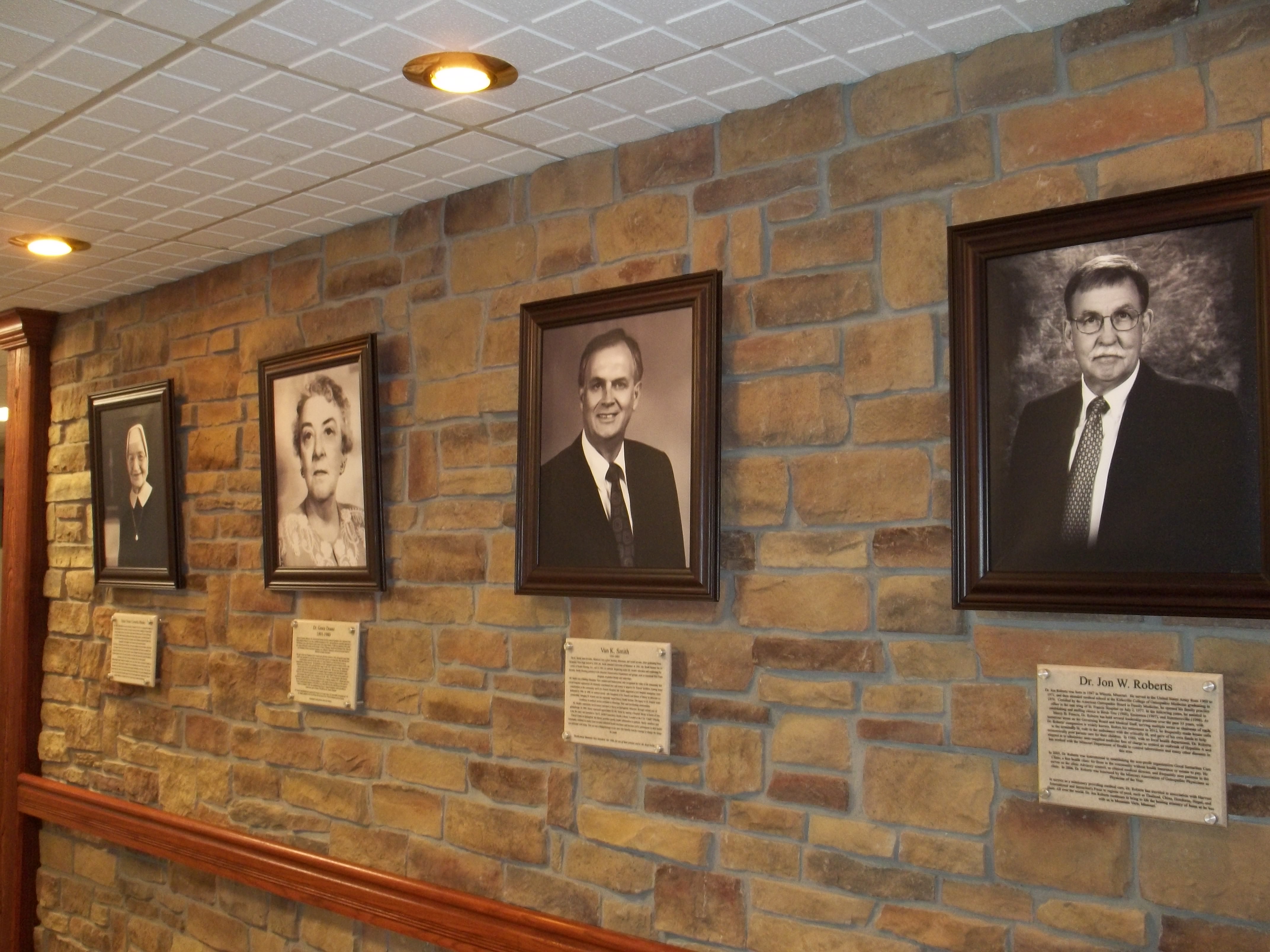 Nearly six decades ago, a small, abandoned hospital in rural Missouri was given a second chance. Since then, a group of health care pioneers followed their faith and helped build a firm foundation where Mercy St. Francis Hospital stands today.

To thank those pivotal people, Mercy St. Francis Hospital has designated a donor wall in the hospital's front lobby. It was unveiled during a brief ceremony in which hospital staff and families of the donors discussed the impact four deeply-rooted individuals have had on the community.

“One thing that separates rural medicine is its geographic independence,” said Robert Rogers, Mercy St. Francis Hospital Administrator. “It is this very separation that gives it its strength. It is community members taking care of community members. It is only through the support and dedication of individuals like Sister Cornelia, Dr. Grace Doane, Dr. Jon Roberts, and Van K. Smith that rural medicine can thrive.”

Photos of each donor is accompanied by a plaque, highlighting many of the following accomplishments:

Sister M. Cornelia Blasko, born in Slovakia, joined the Sisters of the Congregation of the Daughters of St. Francis of Assisi at the age of 14. In 1956, responding to a call for help from Father Sylvester Bauer of West Plains, she and five other Sisters of Mercy arrived in Mountain View on a mission to reopen the local hospital and provide compassionate medical care to the community. Sister Cornelia led the charge to transform health care in Mountain View for 56 years serving as leader and administrator. More recently, the fundraising arm of Mercy St. Francis has been named after her.

Dr. Grace Doane became the first woman to graduate with a doctorate from Drake Medical School in ear, nose, and throat practices in 1913. She came to know the Daughters of St. Francis soon after they arrived in 1956, working tirelessly to help meet their many basic needs — including a vehicle for the sisters to drive, and a new oven to replace their tiny stove. Dr. Doane later purchased property north of the hospital and built the hospital chapel in memory of her late husband, Dante Pierce. In 1959, she broke ground to start construction of the Sister’s House on the property she had purchased. She opened Judy’s Museum in 1958 and all proceeds from this museum went to provide financial assistance to the hospital. Before her death in 1980, she established the Grace O. Doane Foundation, which provides an endowment gift of nearly $700,000 for Mercy St. Francis Hospital and is still used to provide scholarships to area students.

Dr. Jon Roberts, a U.S. Army veteran, opened his family practice office at St. Francis Hospital in July 1977. He later helped establish and staff clinics in Birch Tree (1988), Eminence (1997), and Summersville (1998). At Mercy St. Francis Hospital, Dr. Roberts’ dedication resulted in a position as Hospitalist as well as numerous terms and leadership positions on the Governing Board and Medical Staff Board. In 1988, with no local health department, Dr. Roberts stepped in to administer free, state-supplied medicine to control an outbreak of Hepatitis A, and worked with the Missouri Department of Health to control tuberculosis and many other diseases in the area. In 2003, he was instrumental in establishing the non-profit organization Good Samaritan Care Clinic, on which he serves as clinical medical director. He has also traveled in association with Harvest International and Samaritan's Purse to regions of need, such as Thailand, China, Honduras, Nepal, and Haiti. Before his retirement in 2012, Dr. Roberts frequently made house calls to the terminally ill, rode in the ambulance with the critically ill, and gave his own money to help economically poor parents care for their children.

Van K. Smith, a lifelong Mountain View resident and businessman, tirelessly contributed time and money to improve St. Francis’ facilities. Smith supported a new hospital emergency room dedicated in 1996. In 1998, he worked closely with Daughters of St. Francis and Sisters of Mercy to advocate co-sponsorship, bringing St. Francis into the regionally-based Mercy Health System. His legacy to St. Francis made excellence in medical service available to Mountain View and surrounding communities. Smith’s community involvement extended to Mercy in Springfield, Missouri, through various acts of philanthropy. In 1990, Mercy expressed appreciation for Smith by naming a hospital library in honor of him. Later the name was amended to Van K. Smith Community Health Library, located at the C.H. “Chub” O’Reilly Cancer Center in Springfield, Missouri.