Mother and Son Fighting Together

ST. LOUIS - August has been a whirlwind for Amber Province, who was diagnosed with invasive ductal carcinoma at the beginning of the month. Within two weeks, she had appointments with a breast surgeon, Dr. Sarah (Beth) Snell, a radiation oncologist, Dr. Mary Graham, and a medical oncologist, Dr. Susan Luedke.

“All the tests and appointments for getting a treatment plan established and set into motion has been a whirlwind, to say the least,” Province said. “During it all, my husband and I discussed everything and included our 8-year-old son, Rylei.”

Province knew those discussions would be difficult but had no idea how inquisitive her son would be. “He wanted to know everything – how I found out, what have they already done and what was going to happen next,” she said.

When discussing chemotherapy, the topic of hair loss came up. Province explained that she might lose her hair for a while but it would come back once she finished treatments.

Amber Province and her son Rylei after getting matching hair cuts.

“He immediately got upset and said he didn’t want his momma to be bald,” Province recalled. “We decided it would be a good idea to give him the opportunity to cut my hair as I have always done his hair cuts.”

The plan was to cut her hair before her first treatment because she planned to donate it. When the day came, Rylei got nervous and was not able to do it.

“Once it was done and I was being shampooed, he asked the hairdresser to cut his hair and put a ribbon on the side just like mine,” Province explained. “That little boy is my world and why I fight. Seeing him fight with me melts my heart.” 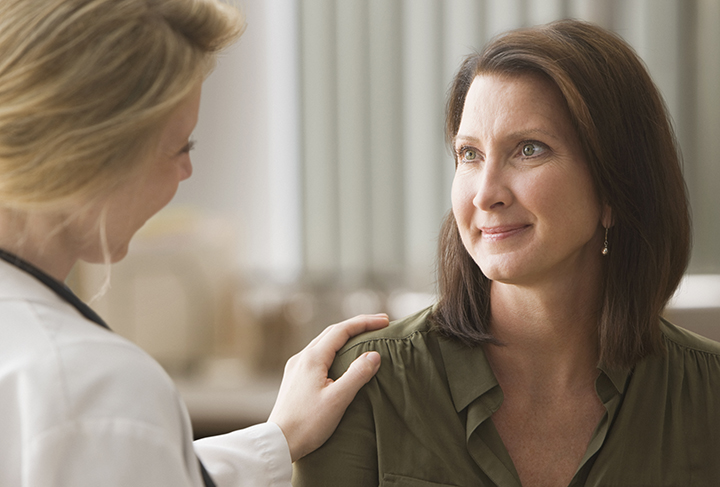 Get a 2nd Opinion at Mercy

Breast cancer diagnosis by a non-Mercy doctor? Be sure about your treatment options. Click to request a second opinion or call 833-404-4729.