Mike Marti woke up with a migraine three days in a row. This was unusual for the 47-year-old IT specialist who works on computers for the officers and staff at the Moore Police Department and the City of Moore.

Mike, a devoted husband and stepfather of two, persevered through the pain and went to work the morning of July 20, 2021. Still feeling badly, he decided to go home around lunch.

“I drove myself home, called my wife and told her I felt like I needed to go to the ER,” said Mike. “Something just wasn’t right about this headache.”

Mike’s wife, Brenda, drove him to the closest ER in Moore and dropped him off at the door. He got out of the car and walked inside on his own while Brenda parked. While signing in at the front desk, he told a nurse he thought he might have an aneurysm. His mother had previously had two aneurysms, so he was familiar with the symptoms.

Mike was immediately taken back for a CT scan that showed he had a sizable bleed in his cerebellum, otherwise known as a hemorrhagic stroke.

The ER team decided Mike needed to be transferred for specialized treatment right away.

“That’s the last thing I remember for two and a half months,” Mike said.

An ambulance rushed him to Mercy Hospital Oklahoma City, an Advanced Comprehensive Stroke Center certified by The Joint Commission. This special designation means the hospital has the most advanced imaging capabilities, 24/7 availability of specialized treatments and staff with the unique education and competencies to care for the most complex stroke patients from diagnosis to treatment and recovery.

Mike had an arteriovenous malformation (AVM) in his brain that had ruptured and caused the stroke. A brain AVM is a tangle of blood vessels that occur in less than 1% of people. Patients are born with the condition, and most never realize it exists until it becomes an issue. Mike’s blood pressure got so high his vessels couldn’t maintain – instead, they ruptured and bled into his brain.

“When you have a bleed in that part of the brain, it is very dangerous because your brain expands and starts to push on nearby critical structures that control your body’s ability to simply function,” said Dr. Bahar Malakouti, neurohospitalist at Mercy Hospital Oklahoma City. “This condition can be deadly so when we got this call about a young, otherwise healthy patient having a hemorrhagic stroke, we were all systems go. We call on as much help as we can get.”

EMS alerted the hospital’s stroke team, who were waiting for Mike when he arrived. When he got to Mercy, Mike started to decline and lose motor skills.

He was intubated to protect his airway and admitted to the intensive care unit. Neurosurgeon Dr. Andrew Bauer evaluated him and determined the prognosis was grim. He needed emergency surgery to save his life.

“These surgeries are complicated, and can be quite risky,” said Dr. Bauer, a neurosurgeon at OU Health who provides neurosurgical services for patients at Mercy through a collaboration between the two hospitals. “We removed the hemorrhage and took off some of his skull to give the brain some room to swell.”

Removing part of the skull prevents the brain from swelling inward and compressing onto important structures that affect a patient’s neurologic functions like speech, walking, coordination, motor skills, balance and much more.

“In complicated cases, I try to figure out what needs to be done first and not attack it all at the beginning when the patient is in such a critical state,” Dr. Bauer said. “In Mike’s case, his AVM has been there all his life, so we removed the parts that were dangerous and blocked the blood vessels to lower the risk of them rupturing again.”

Mike survived the surgery, but his family now faced the reality of not knowing what his future would look like. His medical team couldn’t predict what kind of damage was done or if his brain could recover.

“It was the scariest time of my life, not knowing if he would even wake up,” said Brenda. “They couldn’t tell me what to expect even if he did wake up because they just didn’t know. We just waited and waited.”

The ICU team created a safe environment for Mike’s brain to rest by decreasing stimulation as much as possible. They kept his room dark, minimized the amount of sound he was exposed to and kept him sedated for days giving his brain an optimal environment to heal.

“I remember talking to his wife. She was there every day, and she was so supportive,” Dr. Malakouti said. “I remember telling her that we truly had no idea what kind of quality of life he would have or if he would have any kind of independence; and that’s if he even survived the hospitalization. But I kept looking at him and knew he was just too young for us to not give him every chance at a full recovery.”

Mike was hospitalized for two months. Slowly, he started to show signs of returning to consciousness, beginning with eye contact and facial expressions. A nurse wrote an encouraging note in his chart on the day Mike raised his eyebrows to her in a joking way when she asked a question.

“That was a big sign we were starting to see signs of his personality coming through even before he was able to regain critical motor functions,” Dr. Malakouti said.

Mike continued making small improvements until he was able to move to the intensive care stepdown unit. He discharged to an inpatient rehabilitation hospital, and for months, the team at Mercy didn’t know what became of the patient they worked so hard to save until they received a text message from Dr. Bauer.

Mike was in his office for a follow-up visit.

“I remember walking down the hall at work and getting a text with a picture of Dr. Bauer standing up and kind of side-hugging a patient I didn’t recognize, and he asked, ‘Do you remember this patient?’” Dr. Malakouti said. “I stopped in my tracks in the middle of the hallway and thought, there is no way possible that is the same patient.” 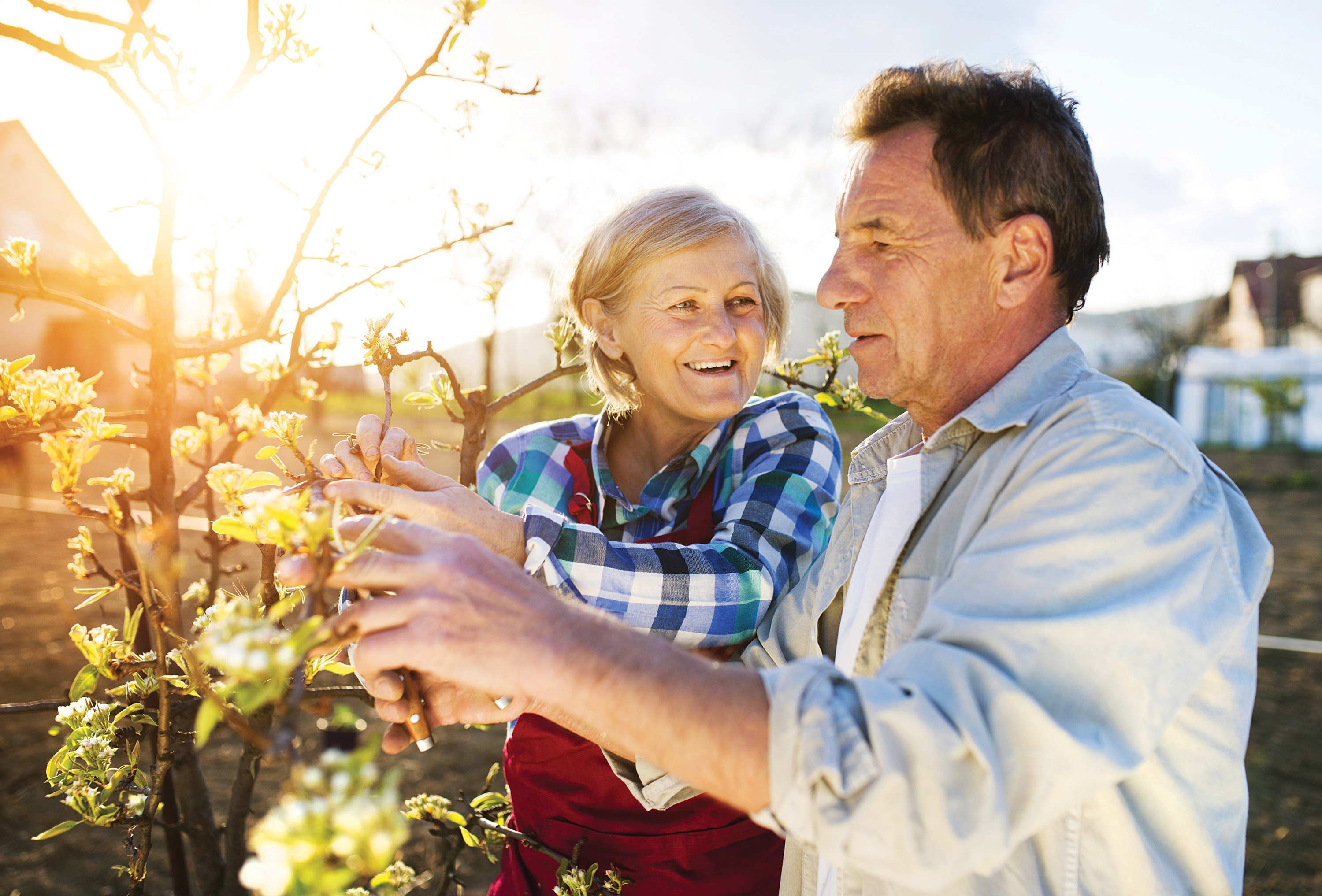 The last time she saw him, Mike was only able to open his eyes and make facial gestures. Today, 10 months later, he is a new man and has made a near full recovery. He walks on his own with a cane, is cognitively very sharp, carries on normal conversations and can move and use his arms. Best of all, he is back at work, masterfully managing a job that requires critical thinking and problem solving.

“I’m a family man, and I’ve been putting in a lot of hard work to get back to doing everything I used to be able to do with my wife and kids,” Marti said. “They say I’m a miracle because I didn’t have much of a chance of survival. But I think with the entire team that was working on me and God’s grace, you can’t come out of this and not have some sort of faith. I’m just very thankful I came to Mercy and for every day I get to live.”

Next on Mike’s to do list: learning to climb a ladder so he can take care of his wife’s long honey-do list.