Shoveling Snow Can Be Dangerous for Your Heart

A few years ago, John Menley had just eaten dinner when he felt what he thought was indigestion. He propped up his feet for a while, but decided to just sleep it off. The next morning, that feeling came back.

This time, as snow was falling, he took his wife’s advice and went to the hospital. But first, before driving himself, he decided to shovel.

“Me being the dude that I am, I grabbed the shovel, shoveled off the sidewalk and driveway approach,” Menley said in 2016. “I dug out the minivan and cleared it off and was ready to go. My wife has mobility issues, so if I had to stay in the hospital, how would she have managed?”

Snow shoveling can make people forget their abilities. For someone who doesn’t normally work out, the physical exertion along with the cold can quickly lead to heart trouble.

“Each winter during and after snow storms, we tend to see people coming to the ER for chest pain and many of them mention shoveling before they felt symptoms,” said Dr. Anthony Sonn, Mercy Clinic Heart and Vascular. “Shoveling is definitely a workout.”

After dropping his wife off at the emergency room and then parking, Menley finally made it to the hospital.

“The nurse knew the situation by the time I made it inside, so she threw me in a wheelchair immediately,” Menley joked. “Thirty five minutes later I was on the cath lab table being told I had a 90 percent blockage.”

“John was extremely lucky he didn’t have more damage to his heart muscle than he did,” Sonn said. “Every minute counts when it comes to seeking treatment for a heart attack.”

Menley joked about his situation, but offered this advice to others: “If you feel weird, see someone quickly. My story could have ended much differently.” 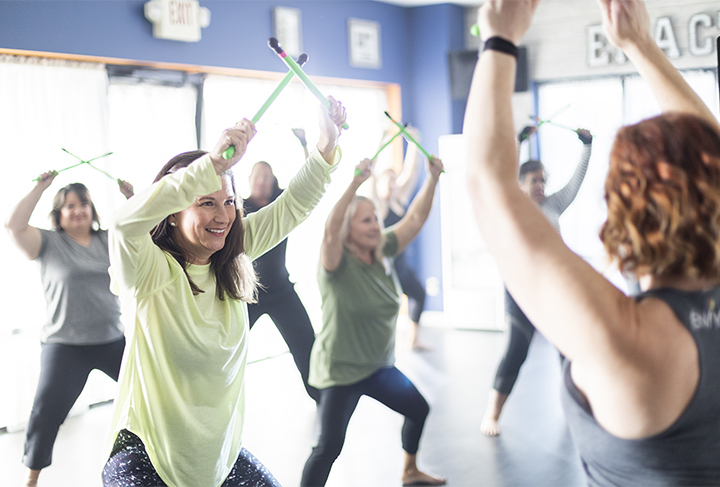 Tips from the American Heart Association for Heart-Safe Snow Shoveling

Give yourself a break.

Take frequent breaks to avoid overstressing your heart. Pay attention to how your body feels during those breaks.

Don’t eat a big meal before or soon after shoveling.

Eating a large meal can put an extra load on your heart.

Use a small shovel or a snow thrower.

The act of lifting heavy snow can raise blood pressure during the lift. It is safer to lift smaller amounts. When possible, simply push the snow.

Learn the heart attack warning signs and listen to your body.

Even if you’re not sure it’s a heart attack, have it checked out. Carry your cellphone in your pocket and call 911 immediately if you experience any signs of a heart attack.

Do not drink alcohol before or immediately after shoveling.

Alcohol can increase a person’s sensation of warmth and may cause you to underestimate the extra strain your body is under in the cold.

Consult a doctor ahead of time.

Before you start shoveling, talk with your doctor if you have a medical condition, do not exercise regularly or are middle-aged or older.

Be aware of the dangers of hypothermia.

Heart failure causes most deaths in hypothermia. To prevent hypothermia, dress in layers of warm clothing, which traps air between layers forming a protective insulation. Wear a hat because much of the body’s heat can be lost through the head.

Much like the plumbing system in your house, your body has tubes and vessels that circulate blood. Directly or indirectly, this piping system is connected to your heart, the body’s primary pump.

Serious or life-threatening medical problems should not be ignored. Don’t wait. Call 911 – or come to a Mercy Emergency Room immediately.