Each year, more people die from lung cancer than colon, breast, prostate and liver cancer combined. The American Cancer Society estimates that lung cancer makes up approximately 1/4 of all deaths related to cancer.

What is Lung Cancer?

If cells inside your lungs begin to grow abnormally, they can form a cancerous mass, otherwise known as a tumor. As the tumor grows, it may spread to other parts of your body. This process is known as metastasis. The longer your cancer continues to spread and is untreated, the lower your chances become of surviving the disease. That’s why early detection of lung cancer is the key to successful treatment.

Lung cancer usually affects current or former smokers. Cigarette smoke contains toxic substances, which damage cells in the lungs. Several factors such as the number of cigarettes you’ve smoked, when you started smoking and the total number of years you’ve smoked will affect your risk of lung cancer. You can greatly reduce your odds of getting lung cancer by quitting smoking right now, even if you’ve smoked most of your life. Other lung cancer risk factors, for both smokers and non-smokers alike, include the following.

Even if you aren’t a smoker, you can still develop lung cancer if you’ve been exposed to a substantial amount of second-hand smoke in your lifetime. To minimize your risk of lung cancer, you can always politely ask others to smoke outside or remove yourself from a potentially harmful environment.

Sustained exposure to harmful chemical substances, such as asbestos, radon, nickel, soot, tar, arsenic or chromium in your home or workplace greatly increases your chances of being diagnosed with lung cancer. 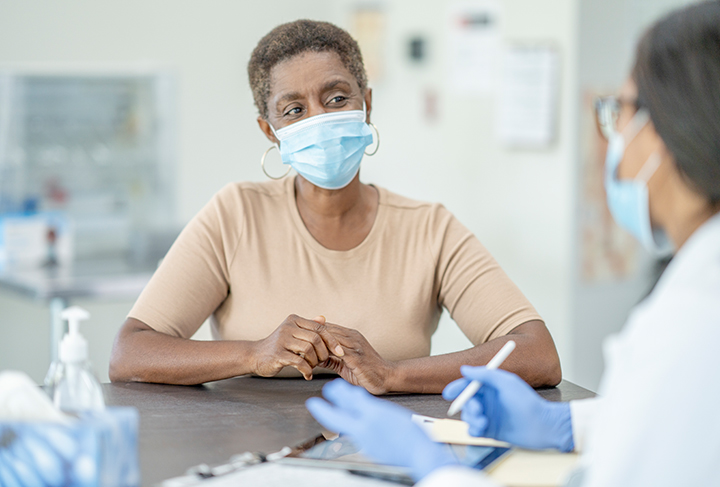 Learn more about lung cancer and about your treatment options with Mercy's free guide.

While one of these symptoms on its own doesn’t necessarily mean that you’ve developed lung cancer, it’s important to take all of them seriously. If you notice any of these symptoms persist, meet with your Mercy doctor right away to see if you qualify for a lung cancer screening.

If you're experiencing symptoms of lung cancer, it can be overwhelming. Mercy's expert care teams have the knowledge and advanced technology to diagnose and treat your cancer.