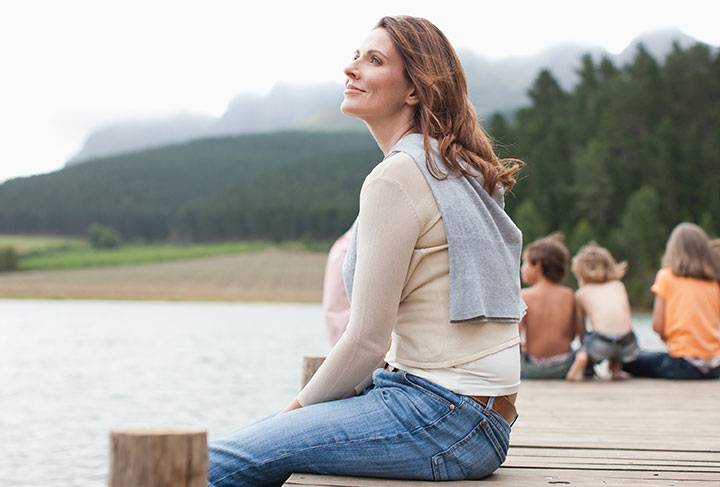 ST. LOUIS – This year, Mercy teamed up with GRAIL, LLC, to offer a simple blood test that can detect more than 50 different types of cancers in early stages. For one patient, the test may have saved his life.

GRAIL’s Galleri test, named one of Time magazine’s best inventions of 2022 and a breakthrough of the year from The Atlantic, is a multi-cancer early detection (MCED) blood test to spot early signals in the blood that are associated with many cancers. If a cancer signal is detected, results can help guide further testing with a health care provider.

Jackie Paxton of Van Buren, Arkansas, 72, a professor of special education at Arkansas Tech University and author of Western novels, learned about the MCED test from a local news report. Although he’d just gotten a clean bill of health during an annual physical, he thought the blood test would give him better peace of mind about his overall health.

“I have several family members who have passed away from cancer, so it was always a concern in the back of my mind,” he said. “Every year I go to my annual physical, and it always comes out great; still, there was always that worry.”

Mercy’s Arkansas locations are the only ones in the state offering the Galleri test, so Paxton came to Mercy Fort Smith for a simple blood draw that allowed him to be on his way in only five minutes. Two weeks later, despite being completely asymptomatic, Paxton was told that in all likelihood, he had cancer. A CT scan later confirmed Paxton had leiomyosarcoma, a rare and aggressive form of cancer.

“I had no pain, I had no symptoms, nothing to indicate I had cancer,” he said. “The only reason I took the test was my peace of mind. Without that test, I never would have known I had cancer. The kind of cancer I have, that’s not something you’d find with just an average physical exam. You would need to have symptoms to get it checked.”

Surgery took place in August, although a pathology report later showed cancer cells were still present. Paxton was then referred to MD Anderson Cancer Center in Houston, Texas, which specializes in patients with sarcomas. Doctors there decided chemotherapy was Paxton’s best course of treatment, and he is currently back in Arkansas receiving treatment at Mercy Fort Smith.

Paxton said he’s feeling well and is eager to get back to his normal life, which includes spending time with his family and taking care of his donkeys. He is grateful for everything his oncology team has done for him and is eager to spread awareness about leiomyosarcoma, as well as more awareness of the MCED test.

“I’m very optimistic that we got an early start,” he said. “Otherwise, we’d be starting treatment when I wasn’t in good shape physically – or mentally, probably. I think that’s a big part of it, having a positive outlook heading into treatment.”

Paxton also said he appreciates the support he’s received from friends and family throughout the process.

“Hearing the words ‘You have cancer’ can be some of the most devastating you’ll ever hear, but fortunately I have a strong support base of family and friends to counteract that,” he said.

Mercy Chief Clinical Officer and Communities President Dr. John Mohart, who leads operations for all Mercy hospitals, said the MCED test will be a game-changer for patients because it will help doctors find cancers earlier.

“Not only does it detect cancer, but it shows us where the cancer is coming from,” Dr. Mohart said. “Our goal is to have earlier detection. When we can treat people earlier in the disease, their outcome will be better.”

Dr. Mohart added that 72% of cancer deaths are from cancers that aren’t included in a standard screening process, which is what makes the test so invaluable. “It is the future of medicine,” Dr. Mohart said.

Cancer is currently the second most common cause of death in the United States, and the timing of a diagnosis matters. The longer a cancer remains undetected in the body, the more chance the cells have of spreading. Early detection of cancer can increase treatment options, produce better outcomes and ultimately save lives.

Routine testing for cancer is recommended by the CDC; however, only breast, cervical, colorectal (colon), lung and prostate cancers have a screening tool available. Of the more than 50 types of cancer picked up in the MCED test, 45 are included in the group currently lacking routine screening. The MCED test can flag a signal for cancers like bone, liver, kidney, pancreas, stomach and more, which often go undetected until symptoms occur in later stages.

The MCED blood test is not currently covered by insurance, meaning patients must pay out of pocket. Mercy assists patients who qualify for but are unable to pay the total cost. The MCED test does not diagnose cancer, and not all cancers may be detected through this screening, but it can flag potential issues for further testing. GRAIL recommends the test for adults ages 50 and older with an elevated risk for cancer, though it should not replace recommended cancer screenings.